ELK Studios is a Swedish online slot company based in Stockholm and founded in 2012. Their goal has always been to create games optimized for mobile gaming, and this is the key to their success in such a short time since their creation.

Their games are known for their fantastic game titles and crystal clear graphics. Each of their slot games is loaded with complex mathematical models and a high level of technology without losing proximity to the end customer.

At Beaver Slots we offer you the latest slot games from ELK Studios and a few more selected titles from their not very long history. All games are in English and are optimized for mobile phone (smartphone) play!

ELK Studios already has over a million players worldwide today and they continue to grow every day. They currently offer over 20 slot games – all with fun themes, high entertainment value, great layout and vision. And let’s not forget, above all, their bonus prizes and payouts, which contribute to a great gaming experience with high value for the players. 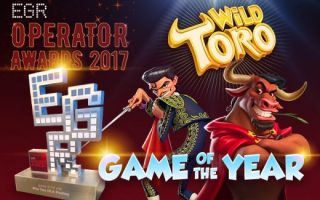 The slots offered by ELK Studios are not many, as they take a long time between editions to offer a product that not only does it look beautiful, but it also has unique game features that have become a major part of this developer. The uncompromising commitment of the Swedes to quality was duly noted and only three years after the company was founded, they received their first EGR Game of the Year nomination for their revolutionary slot Poltava: Flames of War – a slot machine with marching drums, free spins and beautifully drawn symbols. The following year, Wild Toro – a slot featuring bootable Wild symbols and endless bonus games, won the company’s first prize of the EGR for Game of the Year.

ELK Studios slots also have two innovative features to help the responsible gamer in you. The first is called “reality check”, which acts as an alarm clock at intervals of 15 minutes to two hours. Don’t worry, with this alarm you can feel free to enjoy your gaming experience without the risk of forgetting to feed your kitten.

The second feature, unique to ELK Studios games, is the ability of players to choose a betting strategy appropriate to their style of play. Each slot offers four different betting strategies that adjust the value according to your efficiency. The Optimizer automatically changes your level based on a percentage of your balance. Leveler’s strategy raised two levels after five consecutive losses and restarted after a win. Booster raises the bet by one level after losing up to four levels above the main bet. The Jumper strategy raises the bet one level after each winning round to a maximum of five levels above the main bet. It is reset after a loss. These two features give players unmatched control over games.

Do you like the casino games of ELK Studios?