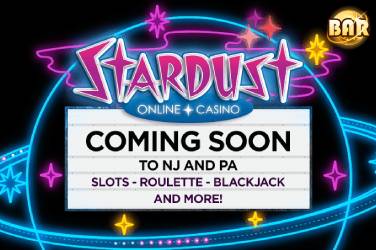 For Las Vegas locals, the Stardust is an unforgettable icon. Starting with the sign of the hotel located on the Las Vegas Strip that, in the 1950s, was for a time the largest in the world. A place frequented by bizarre and often infamous characters, including the legendary Frank “Lefty” Rosenthal, when this and other casinos were controlled by the Italian-American mafia, it was the first – thanks to Lefty himself – to launch sports betting.

The Stardust’s long and controversial history ended in 2006 with the closure of the casino by the Boyd family, who had purchased the casino/resort in 1984, finally giving it a “clean” image. The Boyds’ intention was to create a new project in the immediate vicinity, the mixed-use Echelon Place. But the great economic depression that followed in those years halted the investment, which would later be taken over by the Genting Group.

Now, Stardust is back in cyberspace as an online casino. Boyd Gaming – which has remained the owner of the brand name, using it also for the free-to-play Boyd’s Stardust Social Casino platform, available for download on Apple’s app store or Google Play Store – has entered into an agreement with online gaming giant FanDuel, allowing the operator to launch (probably by April) the Stardust virtual casinos.

FanDuel and Boyd Gaming plan to launch them initially in both Pennsylvania and New Jersey, pending final regulatory approval from those states. FanDuel plans to rename its Betfair casino in New Jersey as the Stardust casino.

One of the benefits for customers is that the online casinos in Pennsylvania and New Jersey will be integrated with Boyd Gaming’s B Connected loyalty program, which offers discounts on restaurants and rooms and other opportunities.