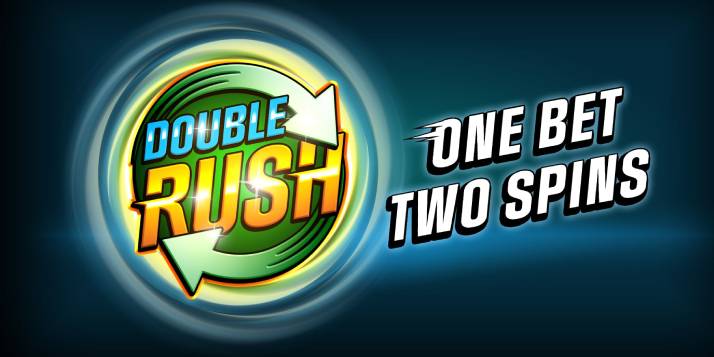 In just a few days, on 15 December, a new era will dawn in German online casinos, which is likely to piss off most of the their customers. Operators of online casinos who do not want to risk being excluded from the awarding of online casino licenses in Germany next year will have to implement strict rules for slot games from that day on. These regulations, which are only valid in the Federal Republic of Germany, present developers with the difficulty of maintaining gaming fun despite the restrictions. This is exactly why the slot provider Gamomat has developed the new bonus feature Double Rush, which will be available on six slot machines of the Berlin-based company starting 15 December.

Online casinos in Germany have until 15 December to implement the remaining rules from the future State Treaty on Gambling, which can already be implemented. However, while the deposit limit and the abandonment of live casino games were quite easy to implement by the operators, they need the help of the developers for the new rules on slot machines. After all, from this deadline shortly before Christmas, spins must always last at least 5 seconds.

What is defined here, however, is not a spin, but a game that begins with the player’s confirmation and ends with the result. This definition can be found in section 22a on virtual slot machine games under points 4 and 6, which also stipulates the prohibition of automatic play, as each start of a new game must be started independently by the customer. However, how the time of 5 seconds between the start and the result must or can be structured is not defined in more detail here. Theoretically, each spin could now simply do without the turbo and between the click and the display of a possible win, the rotation of the reels would simply be seen. Although this would be easy for the developers to implement by 15 December, it is not very exciting and would also slow down the usual flow of the game. Gamomat has designed the Double Rush bonus feature precisely for this problem, which is simple but at the same time ingenious and raises the question of why no other slot machine manufacturer has come up with this clever idea so far.

The 6 Gamomat slot game with the Double Rush bonus feature are:

Ramses Book is by far the best known and most popular slot game from the Berlin developer Gamomat and at the same time one of the best alternatives to the Novomatic classic Book of Ra. No wonder that Ramses Book will be one of the 6 slot games from Gamomat that will be available right from the start with the new bonus feature Double Rush.

The highlight of this new bonus feature is as simple as it is ingenious because here two spins are simply combined into one game. After the customer’s hand starts, two spins are executed that cannot be interrupted and present a total result at the end. Through this clever move, the definition according to the rules of the upcoming State Treaty on Gambling is fulfilled without destroying the previous gaming experience. Instead of an eternally long rotation of 5 seconds, Gamomat’s Double Rush bonus feature now offers two spins combined as one game. To be honest, this new feature is clearly less creative and exciting than the previous additional games such as Red Hot Firepot, Golden Nights Bonus, or Respins of Amun-Re. On the other hand, it cleverly manages to circumvent the 5-second rule in Germany.