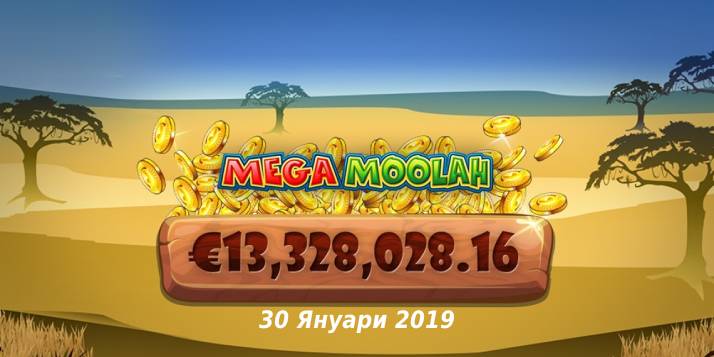 The excitement around the Mega Moolah jackpot has reached new heights in recent weeks, as its rapidly growing amount climbed above 20 million euros for the first time since the start of the game in 2006 year. The mega win is the third largest payout on Microgaming’s progressive jackpot network, after the record € 18,915,872.81 paid in September 2018 . and the € 17,879,645.12 profit it brought to Microgaming – GUINNESS WORLD RECORDS® in 2015.

As with all wins in Microgaming’s progressive jackpot network, the € 13.3 million prize will be awarded as a lump sum, not in installments. Regardless of the amount of this profit, in just a few days the Mega Moolah jackpot reached 9 million euros again (as of February 5, 2019), and the total progressive jackpot payouts on the Microgaming network already exceed 1 billion euros >.

Can you try your luck for the multi-million Mega Moolah jackpots on Bitstarz?

One comment on "Microgaming’s Mega Moolah paid another mega jackpot of 13.3 million Euros"