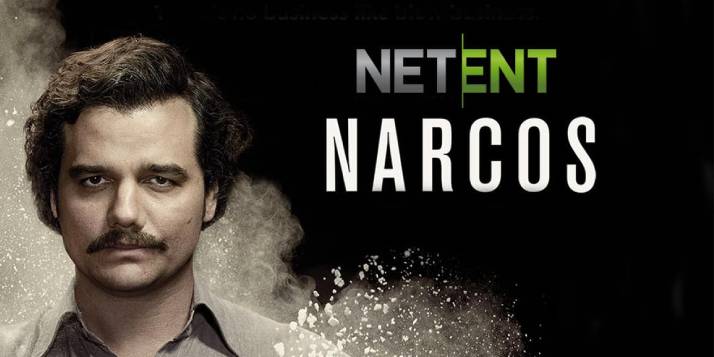 It is not uncommon for successful movies or series to be adopted by software vendors to implement them in their online slot games. As a company with a tradition in this regard, NetEnt recently secured the right to create an online slot machine for the Netflix Narcos series , which considered very successful for television. The story of drug lord Pablo Escobar, who is the subject of the Narcos series, will now be on the screens of players in online casinos. With excellent graphics, lots of winning opportunities, and varied gameplay, players can now experience Narcos as a game.

UPDATE from May 24, 2019 – the game is available in many online casinos. You can play a demo version of the game for free here: 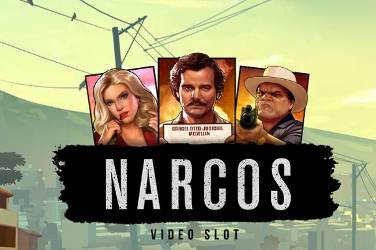 In the underworld of the 80’s, players find themselves in the footsteps of the infamous drug lord Pablo Escobar. On the five reels that can be seen in the foreground, against the backdrop of the Colombian landscapes, you can impress the interesting symbols for this slot game. In addition to the symbols on cards J, Q, K and A, equipped with money, rifles, grenades, and firearms, you will also see Pablo Escobar, the beautiful blonde from his gang, and the two DEA agents Javier Pena and Steve Murphy as icons. DEA badge as the Wild symbol of wild and car as a symbol of free spins complete the collection. The sound is also good enough for a great audiovisual experience for Narcos slot machine players.

Of course, not the patterns and sounds, but the good chances of winning are what everyone is looking for in every slot. Otherwise, most players in online casinos will very quickly refrain from playing a game that does not bring profits. A total of 243 paylines are integrated into NetEnt slot game so make sure that Pablo Escobar’s company can also win money if their luck helps. With only 25 cents, casino friends can now spin the reels, with a maximum bet of € 100.

With its additional features, the game is as exciting as the series

Of course, there are also many features of the Narcos slot machine that are played along with the main game when activated. The Walking Wild feature always appears when a winning combination is triggered using a wild symbol. In this case, the Walking Wild feature is activated and gives the player even greater winnings. The DEA badge remains on the reels in this case, but always moves one position to the left. If another payline is hit, the feature remains active and moves on to the next round. Only when the Wild symbol has no more wins does Walking Wild end.

With the drive-by function, which can be accidentally activated in the main game, someone in the car shoots at the icons. Those who are hit are then converted to higher value symbols and thus can make bigger winnings if they win.

NetEnt slot developers have also added the Locked Up feature on Narcos slot machines. This function is activated when three or more Pablo Escobar symbols appear in the same row of drums. The symbols move towards each other and define an arbitrary multiplier, which can lead to ten times the bet. There may also be three free spins, with Pablo Escobar appearing as the locked connection icon and a briefcase as the Golden Locked Up icon. Then profits up to 26 times more are possible.